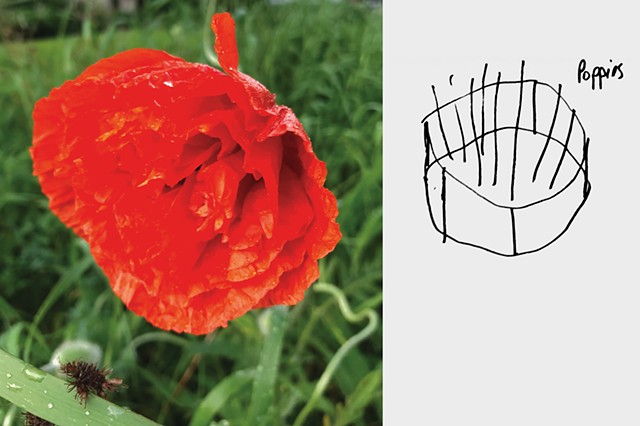 Following the Second World War, poppies were the first flower to come up in the trenches where soldiers had fought and died. Associated with the stain of blood, the poppy has become an enduring symbol of remembrance in Canada, most notably in the poem "In Flanders Fields" by John McCrae. Mediating symbolism inherent in poppies as signifiers of both containment and rebirth, this work draws allusion to human narratives of forced imprisonment, war, and also of regeneration.